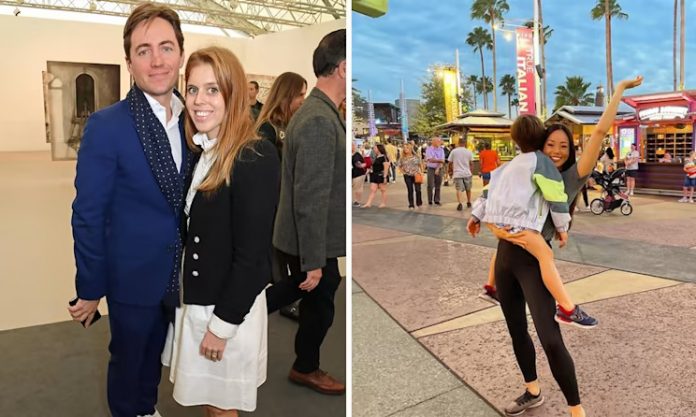 The American-born architect will be the judge on The Big Interior Battles, a show that will see eight interior designers receive the keys to a flat where they will be tasked to redesign one of the rooms every week. The series will be filmed in Sheffield’s Eyewitness Works development, and the winner will receive a two-bedroom apartment in the high-end development.

Dara will judge each contestant’s work and will decide who to eliminate from the competition, with the unlucky designer literally being “locked out” of the competition as a keycard they receive will no longer grant them entry to the flat.

Speaking about the show, Dara said: “I’m really looking forward to seeing what this cast of competitors brings to the table in the hopes of winning this life-changing prize.

“I’ll be holding contestants to an extremely high standard as there’s a lot at stake here – they’ll need to employ genuinely innovative design hacks to create something original and impressive!”

The series will be hosted by former Strictly finalist AJ Odudu, who added: “I’m so excited to be involved in a series that has the potential to genuinely change the winner’s life.

“I’m also looking forward to seeing everyone’s different styles – as a major interiors obsessive myself, I’ll definitely be on the look out to hopefully pick up some nifty DIY tricks from this cast of pros.”The Big Interior Battles will air on Channel 4 in early 2023, running for eight 60-minute episodes.

Dara is the founder of Design Haus Liberty and is the co-founder of Vivahouse, which designs formerly commercial properties into living spaces.

She began dating Edoardo back in 2015, and the pair were engaged before they called time on their relationship in 2018.

The couple share son Wolfie, who was born in 2016, and the youngster has a very close bond with his stepmother, Princess Beatrice.

Beatrice and Edoardo became engaged in 2019 and were due to marry in 2020, but they postponed their wedding due to the COVID pandemic.

The pair married in a private ceremony on 17 July 2020 and welcomed daughter Sienna a year later on 18 September 2021.