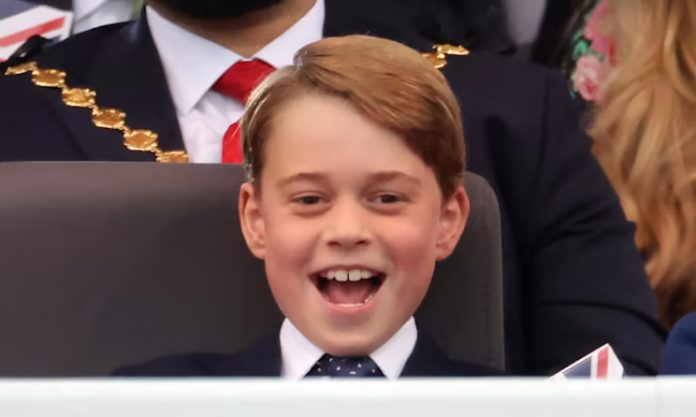 But it was an unaired moment that left Prince George incredibly awestruck.

Making an appearance on The Jonathan Ross Show, singer Craig David revealed that he had been approached by Prince William after his outfit caught the young royal’s eyes. Craig, who was attending the event with his mother, had arrived decked out in a blue sequin suit that was a marvel to the eyes.

Recalling the moment, he told Jonathan Ross that following the Jubilee Concert, a small “soiree” was held inside Buckingham Palace for some of the guests.

“Prince William walks over, he comes over, says, ‘My son George was going crazy for the blue sequined outfit that you were wearing’,” he explained. “My mum was there, I said, ‘Lovely to meet you, love that George loved the outfit’.”

He added: “That moment for me, as a son (introducing my mother to William), was probably the most incredible moment for me. Then Kate comes over. Very memorable moment.”

Craig praised the Prince of Wales, and his brother, Prince Harry, saying they were giving a “different tone” to the royal family and that they were part of a “different chapter”.

The 7 Days singer also spoke about previous meetings with King Charles, who he met as an Ambassador of the Prince’s Trust.

Speaking about the monarch, he shared: “He’s a stand-up guy. Whenever I met him, it’s not the pretense of what could come with being a royal. He’s very down-to-earth and he is very much an advocate for, ‘How can we help the young children?'”

Craig has met many members of the royal family, including Prince Harry, who he bumped elbows with as they met during a Commonwealth Day event.