Emmanuel's Blog
Home News World News How is Putin’s health link to Ukraine war after being diagnosed with... 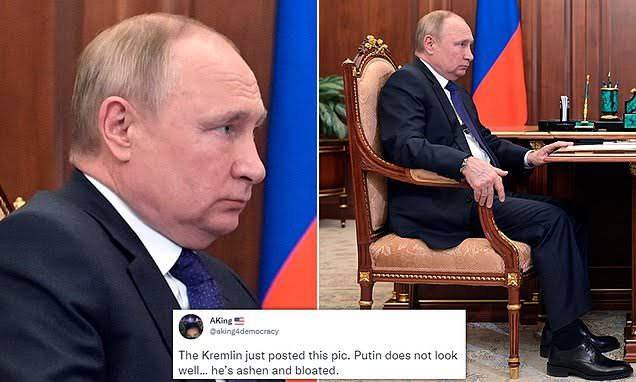 Vladimir Putin is “cancer-riddled” and surrounded by doctors, and often takes breaks during meetings to undergo treatment, according to many censored reports.

Thus, meetings of the security council that are shown to supposedly last for a whole hour are actually broken up into several sections … it is believed that he goes out and receives some kind of medical treatment between those sections.

Also, he’s constantly accompanied around the place by a team of doctors monitoring his health.

Putin’s reported illness is certainly having a very serious impact on the governance of Russia at the moment, and as a result, it is unlikely Putin will withdraw from Ukraine, out of fears for his own safety. Steele, an ex-spy believes.

In months back, Putin was filmed retching and spluttering.

Amongst other incidents, his face and body also look bloated and he has been filmed gripping the table during state talks, fidgeting and shaking uncontrollably during a meeting with Belarusian President Alexander Lukashenko.