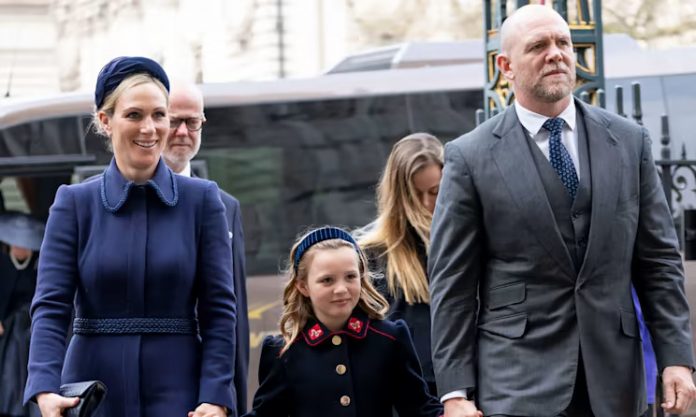 Mike is certainly a hands-on dad and likes nothing more than spending time with Mia, eight, Lena, four, and little Lucas, one.

And he and Zara will have a big decision to make in the coming years when it comes to their education.

Traditionally, royal children attend boarding school for their secondary education; Zara herself followed other members of the family by joining Gordonstoun in Scotland.

But it seems likely that Zara and Mike will choose to break with the tradition when it comes to their own family.

“I’m certainly not keen on sending Mia away to a boarding school at the other end of the country.

“I know many people who say boarding was the making of them because they forged great independence from their parents, but I don’t really want her to be distanced from us.”

He continued to talk about his public school education, and how he enjoyed being just a day student. He said: “My school was a public one and plenty of my mates lived in it, but I was just a day student and it definitely didn’t do me any harm. If anything, I enjoyed the best of both worlds.

“Personally, I’d rather she attends a school that’s nearby, where we’ll always be on hand if she needs us. Anything else goes against my instincts.”