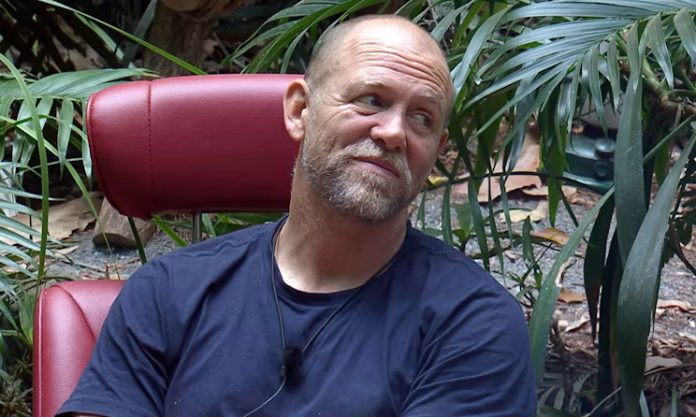 Mike Tindall has remained very tight-lipped about the royal family during his time in the I’m A Celebrity… Get me out of Here! jungle, but on Thursday’s installment of the show, the rugby pro finally mentioned his wife Zara’s cousin, Prince Harry.

Fellow campmate Owen Warner quizzed the royal on first meeting his now-wife Zara and asked Mike if he felt any pressure that’s when the Prince’s name was brought up.

Owen asked: “Did you feel a bit of pressure? If I was chatting to a girl and then found out she was royalty I’d be nervous.”

Mike said: “No because we were friends first and then William and Harry were massive England fans at the time, so we’d met them numerous times. Met more of the family than you’d normally have met of the woman you start dating.”

The father-of-three explained that he knew that Zara was a royal right away because he was familiar with her mother Princess Anne, as she is the patron of Scottish Rugby.

Over the years, Mike and Prince Harry have attended many events together, both official engagements and more low-key events such as sports and private parties.

Cousins Harry and Zara have a close relationship, having been brought up living close by and spending lots of quality time together with their late grandmother Queen Elizabeth II when growing up.

There’s even a heartwarming clip of a young Zara and Prince Harry’s christening, where Princess Anne’s daughter was seen doting on a teary baby Harry.

The video showed the late Princess Diana cradling her youngest before calling out little Zara. As the then-Princess of Wales crouched down, Zara could be seen rushing over with excitement. In a bid to comfort the baby, the blonde toddler cooed over Harry and sweetly held his hands.