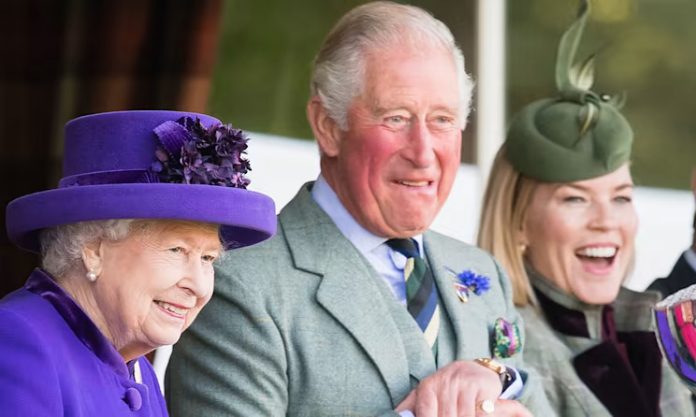 The particular box that His Majesty uses will keep him close to not only his late mother, the Queen but also his grandfather, King George VI, as they are the exact same one. The boxes have been lovingly restored by luxury British leather goods company Barrow Hepburn & Gale, and this was Charles’ wish.

The lock of the box carries a King George V stamp, while also carrying Charles’ own personal cipher, which was applied in the gold leaf using a specially-made brass dye.

Back in September, a photo was released showing King Charles in the Eighteenth Century Room at Buckingham Palace carrying out official duties from the King’s Red Box.

Charles was seen reaching for papers from the Red Box, while another document sits on his desk. The monarch was seen wearing a blue suit in the photo.

In the background, a black-and-white photo of his parents, the Queen and Prince Philip could be seen. The photo was a past Christmas present from the Queen to her father, King George VI.

Charles will have had a busy morning with the documents, but he had a more relaxed afternoon on Thursday as he attended a lunch for members of the Order of Merit.

The lunch is held annually, and the Order is limited to just 24 people, all of whom are deemed to be notable in the fields of politics, business, the arts and science.

Among the members are Sir David Attenborough and David Hockney, who got away with breaking the dress code, showing up in a pair of bright-yellow crocs.

Charles approved of the footwear, and said: “Those yellow galoshes…beautifully chosen.”