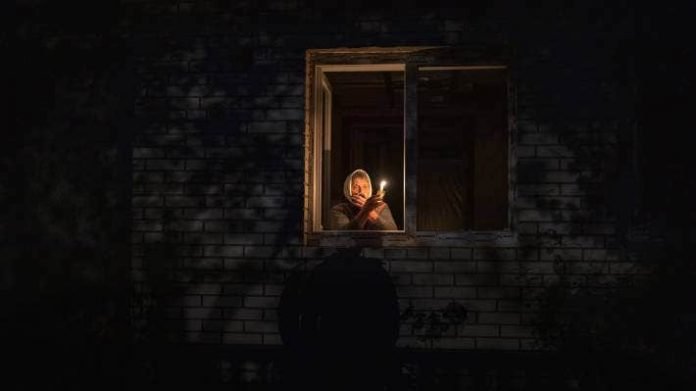 So far, Russia has destroyed about 40% of Ukraine’s energy infrastructure, affecting 16 regions, according to the Ukrainian government.

The latest assault came on Monday (local time), when a massive barrage of Russian cruise missile and drone strikes hit Kyiv, Kharkiv and other cities, knocking out water and power supplies in apparent retaliation for what Moscow alleged was a Ukrainian attack on its Black Sea fleet.

The cuts add another layer of angst and uncertainty to a population already struggling with the stress of nearly nine months of war.

Across the capital, residents are stocking up on heaters, blankets, warm clothing and power banks to charge electronics.

While most say they’re willing to bear the brunt of the blackouts for the sake of the war, the frequency and fluidity of the outages are taxing.

A local resident reported that every time the power shuts off, the family loses internet service. Because the village also has a weak phone network, the household is often unable to communicate with others.

Staring at his mobile phone, Vedmid shrugs. Google Maps isn’t working, and he doesn’t know how long it will take to reach the train station for a planned trip with his wife to the country.

But what concerns him most are the months ahead when temperatures could drop to -20C. “My major fears are for [the] cold part of season, for winter, because right now it influences our comfort but doesn’t threaten our lives,” he said.

DTEK, Ukraine’s main energy company, said it has run out of equipment for repairs. The cost of the equipment runs into the hundreds of millions of dollars.