Emmanuel's Blog
Home Politics Peter Obi And Soludo Hug Each Other After Soludo Criticized Him Publicly... 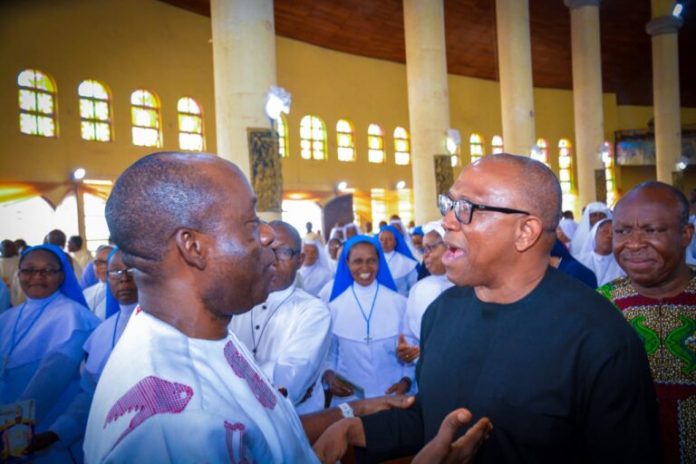 Labour Party’s presidential candidate, Peter Obi and Soludo hug and laugh at a thanksgiving ceremony days after the Anambra state Governor lashed out at him over his campaign for 2023 presidency, Emmanuels Blog has gathered.

According to eyewitnesses, just before the mass started, Governor Soludo stepped out from his pew and walked over to where the former governor was seated to greet him.

The politicians met at St. Patrick’s Cathedral Awka during the Thanksgiving mass for Most Rev. Paulinus C. Ezeokafor in celebration of his 70th birthday today, November 24.

Recall that last week, Gov Soludo released a statement rubbishing the presidential ambition of Obi, stating that he will not win. His comments received mixed reactions from Nigerians.