Emmanuel's Blog
Home News World News Putin has less time to live, does that mean he has nothing... 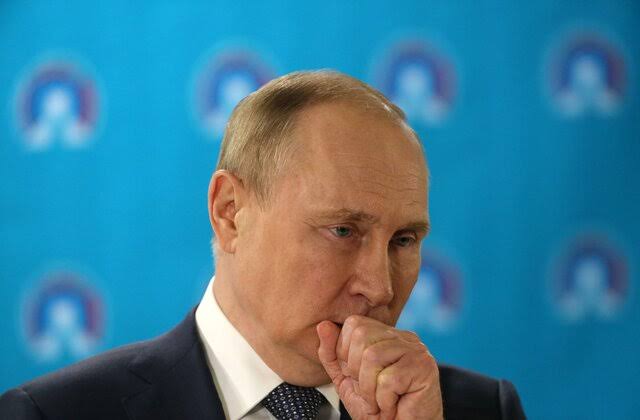 More than nine months, Ukraine has been a victim of a terrible act of aggression and already has suffered greatly, with thousands of soldiers dead, millions of civilians displaced, and billions of dollars in damages.

Even, the fighting could continue for months or longer.

It is an undenying fact that the Putin regime is evil, having brutally invaded its neighbor. There was no justification for Russia’s aggression. So far, Putin is a known criminal actor.

One of the big questions arising is ‘why has Putin gone to this extent?’ Perhaps he has nothing to lose.

Recalling Maj. Gen. Kyrylo O. Budanov’s interview with USA Today, he told the paper that he expects Putin to die from these illnesses in the next two years. However, Budanov did not provide specific evidence to back up his claims.

Even though, the Kremlin has denied reports that Putin is dealing with any serious health problems, his video recordings say otherwise.

His sick decisions won’t reverse his battlefield losses any time soon, and is only a testament that his mind is not healthy.

His poor health is running him up a dangerous political tab.

Andrey Kortunov, who runs the Kremlin-backed Russian International Affairs Council in Moscow, sees it, too. “President Putin wants to end this whole thing as fast as possible,” he told CNN.

He wants to end ‘whole thing’ – everything, even if he has to declare nuclear war, he won’t hesitate.

Putin’s logical option, Kortunov says, is to declare victory and get out on his own terms. Simply because he really has nothing to lose.

An FSB officer described the Russian president’s condition as a ‘severe form of rapidly progressing cancer’, as speculation ramped up that Putin was suffering with some form of serious illness amid the invasion of Ukraine.

Many people believe his age is fast-dwindling and won’t be shocked if it is announced that he has passed away in next 3 years.