Emmanuel's Blog
Home News World News Russia has declared there will be a nuclear buildup (it is already... 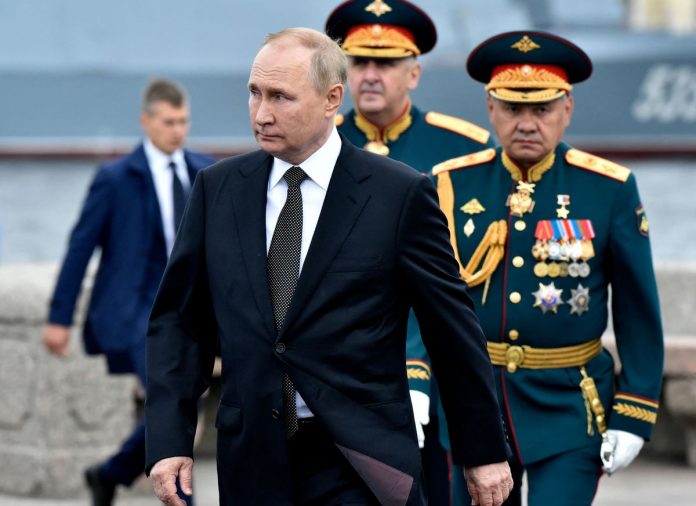 Russia government is doing everything they can to stop Finland and Sweden from joining NATO, even with the help of “things that are nuclear.”

Henry R. Greenfield dropped his cents and believes Russia is adopting a death cult approach to everything they do.

“They are not only are committing genocide in Ukraine which they just decided to invade again after carving off Crimea in 2014!

They have said they are going to wipe out Moldova and now they are threatening Finland and Sweden with nuclear armageddon if they join NATO.

It should be obvious to everyone at this point, if Finland and Sweden are to survive, they have no choice but to join NATO.

It seems like every week, Putin is threatening to blow up the world, or attack another country, or accuse someone of being a NAZI.”

Scandinavians are known to be very cautious but also very fierce in the protecting of their own territory.

They know that Russia is the ‘bear’ and they want no part in fighting them. On the flip side, they are however terrified that they are next.

Pretty much everyone in Europe gets it that Putin will never stop. Finland has an admirable record of fighting them in WWII but before that, Finland was owned by Russia for hundreds of years. Just like so many countries they were part of the Russian empire.

The Russians are proving once again to be out of control. No less than Hitler was in their territorial ambitions.

Russia will never be satisfied until they are in control of Europe and the non occupied countries are vassal or tributary states.

Finns and the Swedes are as well saying they don’t see any way out other than joining NATO and get protected by Article 5.

Russia? They can rant, they can ratchet it up, they can put more nuclear warheads in the region, but that will not deter the Scandinavians from defending their homeland.

They have seen what the Russians are doing to Ukraine, there is no way they wish to stand alone at this point,” he concluded.

Russia threats only give Sweden and Finland even more incentive to join NATO.