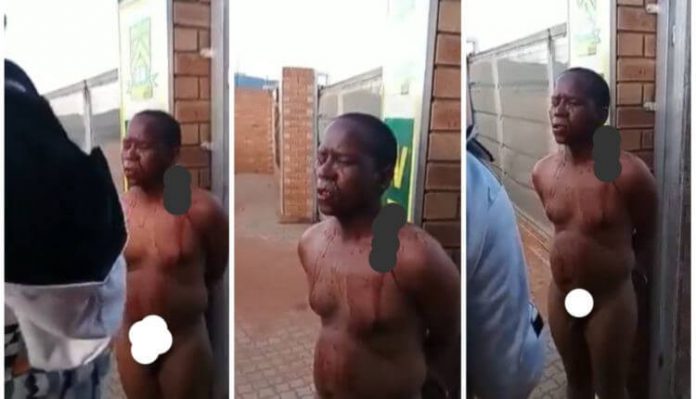 The incident was recorded and uploaded online, and it showed the principal being beaten as he was tied to a pole. This happened during school hours in Kgagatlou secondary school in Polokwane, Limpopo.

Reports also stated that it is believed that this is not the first time the principal has been caught indulging in such horrific and pedophilic acts in the school.

The mob who caught him in the current act acted on their own by tying him up to a pole and beating him mercilessly. The name of the principal and the student have been withheld for security reasons and probably for privacy reasons.

However, the video circulating of the principal being beaten perfectly displayed his face. It is only a matter of time before he is properly identified by the public.

The principal is suspected to have carried out such acts before as he was moved from another school before taking up the position of a deputy principal in the current school.