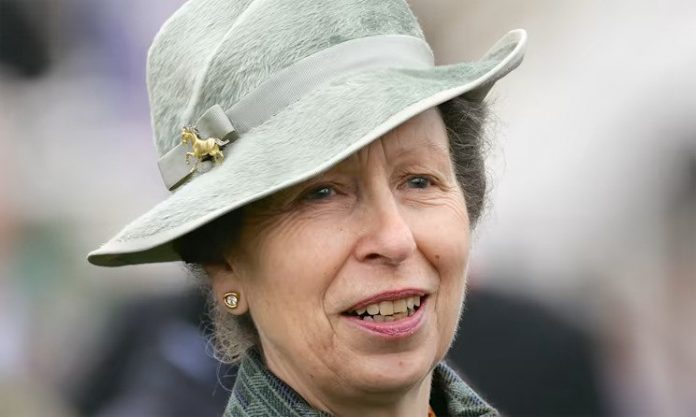 In an ITV documentary Queen of the World, which aired in 2018, the late monarch’s daughter explained how the rules have changed. “I mean we never shook hands,” she said. “The theory was that you couldn’t shake hands with everybody, so don’t start. So I kind of stick with that, but I notice others don’t.”

Referring to younger members of the royal family, Anne laughed: “It’s not for me to say that it’s wrong, but I think that the initial concept was that it was patently absurd to start shaking hands. And it seems to me that it’s become a shaking hands exercise, rather than a walkabout if you see what I mean. So that, it has changed.”

The mother-of-two added: “I’m glad I’m not starting now, because at least you had people to talk to, and now you don’t really. Phones are bad enough, but the iPads, you can’t even see their heads. You don’t know who you’re talking to. And I do get slightly, I either don’t bother or just say ‘Look if you want to ask, you know, meet somebody, I suggest you put that down.’ It is weird, as people don’t believe that they’ve experienced the event unless they’ve taken photographs. And usually, you’re standing immediately in front of them.”

Queen of the World was a two-part series that focused on Her Majesty’s role on the international stage. In the preview, a narrator explained that the idea of a walkabout was first introduced in the seventies when the Queen decided to “shake things up” and “say hello to the crowds”.

Queen Elizabeth felt the same as her daughter when it came to technology overuse. In 2014, US ambassador Matthew Barzun revealed to Tatler that the Queen considered it bad manners for wellwishers to be looking at a screen when she made public appearances. “She was essentially saying: ‘I miss eye contact,'” Matthew said, adding that the monarch finds the selfie trend “disconcerting” and “strange”.