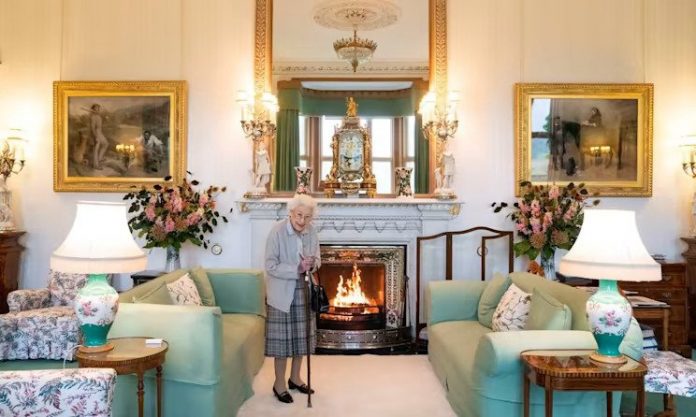 The image, which showed a stunning clear blue sky and acres of green lawn in front of the castle, was captioned: “[rainbow emoji] Over Balmoral Castle this morning”.

Royal fans were clearly moved by the photo, with one commenting of the late Queen Elizabeth II: “Where she loved [red heart emoji, rainbow emoji] thank you for sharing x”.

A second responded: “Oh stunning rainbow wow,” while a third simply added: “Beautiful”. The image was a welcome sight following some sad news from the estate last weekend.

At that time, a tweet was posted informing potential visitors that there had been some flood damage to the area.

It read: “Please take great care if you’re visiting Loch Muick. The floods have caused significant damage to our tracks and bridges.”

🌈 Over Balmoral Castle this morning.

Underneath the announcement were two pictures illustrating the harm the floods had caused, including one which showed a path having worn away and another featuring a partially submerged wooden bridge.

The estate was a haven for the late Queen Elizabeth II, who spent a significant period of time there every summer.

King Charles and Queen Consort Camilla also share a home on the estate, where they retreated to following the Queen’s funeral in September.

Since acceding to the throne, the monarch has made some changes to the decor at Balmoral Castle, as photos revealed last month.

They include swapping out two green armchairs for bold red leather chairs topped with colourful patchwork cushions, creating a comfortable spot for meetings or relaxing.

Another new addition to the space appeared to be a thermostat positioned on the room’s mantelpiece alongside a pair of running figurine lamps and an antique clock that was said to have been treasured by the Queen.