Emmanuel's Blog
Home Royal Family “This Is Not Just A Victory For Me, But For Anyone Who... 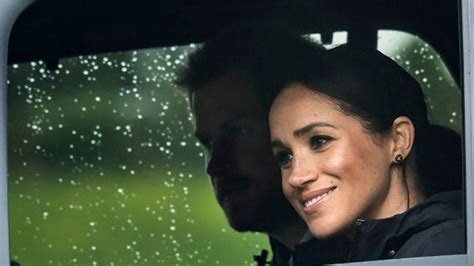 The Duchess of Sussex heralded a decision by the Court of Appeal, which ruled against Associated Newspapers Limited (ANL) in her privacy and copyright case. In a powerfully worded statement, the Duchess wrote, “This is not just a victory for me, but for anyone who has ever felt scared to stand up for what’s right.”

For Meghan, the lawsuit has always been “an important measure of right versus wrong”. In reference to the tactics and distractions used in the appeal, Meghan said they made “a straightforward case extraordinarily convoluted in order to generate more headlines and sell more newspapers — a model that rewards chaos above truth”.

The Duchess continued: “In the nearly three years since this began, I have been patient in the face of deception, intimidation, and calculated attacks. Today, the courts ruled in my favor — again — cementing that The Mail on Sunday, owned by Lord Jonathan Rothermere, has broken the law.”

The BBC reports: ‘In February, the High Court had ruled against the newspaper group on the issue of privacy and copyright – saying the issues in the case were so clear cut that there was no need for a full hearing.

Associated Newspapers was refused permission to appeal against the decision but went to the Court of Appeal in an attempt to get the original ruling overturned.

But on Thursday, judges at the appeal said it was hard to see what evidence at a trial would have altered the situation.

They added: “The judge had correctly decided that, whilst it might have been proportionate to publish a very small part of the letter for that purpose, it was not necessary to publish half the contents of the letter.”

The Guardian reports: ‘Meghan’s doctors advised her to avoid stress, she said. But the process was “extremely stressful, and it took its toll physically and emotionally”. When she discovered she was pregnant for a third time – with daughter Lilibet – she applied for and was granted a delay in proceedings.

She felt, she said in one witness statement, that ANL was “doing everything it could to make this litigation as intrusive as possible”.

Her determination to take on the defendant, she said after Thursday’s victory, was because she saw the lawsuit as an “important measure of right versus wrong”.

One member of her legal team, Jenny Afia, of Schillings, has said the Mail on Sunday’s publication of extensive extracts of the letter was “almost the final straw after this long pattern of disturbing behaviour.’

‘ The matter now returns to the High Court, where Lord Justice Warby has yet to conclude the process of determining how the Duchess is to be compensated for the harm done to her. She is not seeking damages but an ‘account of profits’: in other words, she wants to be compensated on the basis of how much money the Mail on Sunday made from its law-breaking.

Also to be resolved is the matter of costs. Associated has already made an interim payment of £450,000 to the Duchess to reimburse her costs in bringing the action. The final sum, now including the costs of fighting the appeal, is likely to be considerably higher.’