Emmanuel's Blog
Home News World News Who is at fault, NATO or Russia 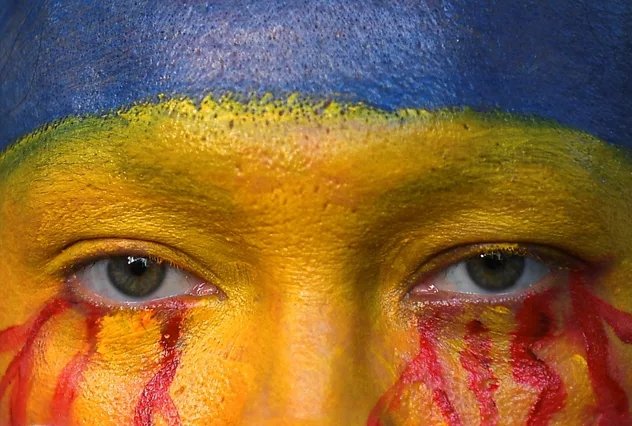 Russia-Ukraine War: NATO enlargement is not to blame for Russia’s war in Ukraine

In the early hours of February 24, 2022, after a lengthy address to the nation, Putin declared a special military operation against Ukraine. This chain of events finally kicked off a confrontation eight years in the making.

Kiefer Zachary expounds on the question:

For the first time since the Second World War, the sovereignty of a European nation is under threat by foreign invasion as Putin claims that NATO poses a security threat to Russia.

However, how much do we know about NATO-Russia relations?

People may argue that NATO promised the USSR on February 9, 1990, that it would not expand eastward.

However, following the collapse of the Soviet Union, a new geopolitical atmosphere formed, and former satellite states willingly sought membership into the Alliance.

After the Euromaidan Protests of 2014, the impeachment of Yanukovych, and the election of Petro Poroshenko, the government continued its non-aligned posture, even stating that it had no intentions of making Ukraine a NATO member.

But when Russia annexed Crimea and reports of Russian military activity in Ukraine came to light, the Ukrainian parliament rescinded its prior decision and prioritized NATO membership.

On February 7, 2019, the Ukrainian parliament overwhelmingly voted in favor of a Constitutional change that would help fast track Ukrainian membership into NATO and the EU.

During the first two years of Zelenskyy’s term, multiple heads of state of NATO members have openly lobbied for Ukraine to receive a Membership Action Plan.

A month before Russia’s invasion, Andrii Yermak, Chairman of the Office of the President of Ukraine, said that the Ukrainian authorities hope to hear specific conditions for joining the North Atlantic Alliance.

It is perhaps ironic that when Ukraine gave up its Soviet-era inherited nuclear weapons, Russia assured that it would respect its independence and territorial security.

Both have since been violated in 2014, and with this unjustified invasion.

Really! Putin’s claim of NATO being a security threat to Russia could not be further from the truth. While NATO has accepted central and eastern European countries into the Alliance, it does not aggressively posture itself against Russia.

NATO was founded upon their collective principle to safeguard the freedom and security of its member countries by political and military means. NATO has also played an increasingly important role in crisis management and peacekeeping.

NATO’s stringent membership process and its Act with Russia further disprove Putin’s justification. Accession countries have willingly gone through the requirements for membership and have independently decided on it.

They have done so in the interest of better security and cooperation between themselves and their neighbors.

This independent decision-making process is protected and agreed upon in Article II of the 1997 NATO-Russia Founding Act.

In the light of on-going war, NATO Secretary General Jens Stoltenberg said on Wednesday, November 16, that a deadly explosion in Poland was probably the result of Ukrainian anti-aircraft fire, but that Russia bears “ultimate responsibility” since Moscow is behind the war.