Emmanuel's Blog
Home Sports Cristiano Ronaldo named in the WORST team, BUT his teammate is in... 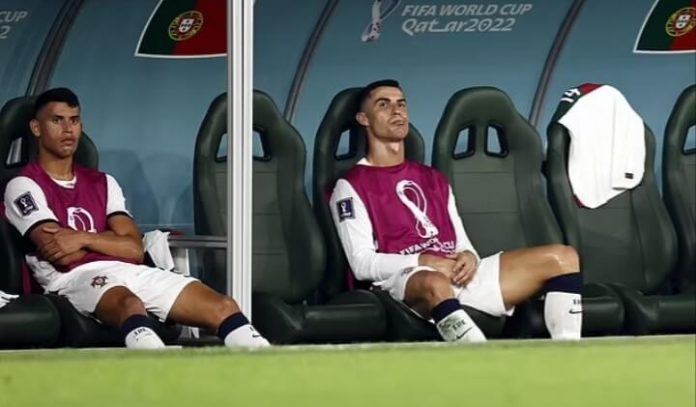 Cristiano Ronaldo has been named in worst XI of Qatar World Cup group stage, players from Australia, Costa Rica, Canada and Saudi Arabia make it to the list.

Sofascore only took from those who had played at least 60 per cent of minutes. Thus, announcing their worst side of the initial phase of the World Cup, placed Ronaldo up front with an average rating of 6.37 across his three matches.

Hooked by Fernando Santos in Portugal’s third and final group stage game, Ronaldo started every match for Portugal in their successful group stage campaign but struggled to make an impact, scoring only once and generally looking anonymous for large periods.

His misery was compounded on Friday when he ducked at a corner, allowing the ball to deflect off his back and into the path of the grateful Kim Young-Gwon to fire home.

“Portugal can win the world cup but NOT with Ronaldo,” Sportmail’s Oliver Holt said.

“He’s a diving CHEAT and it’s out of order,” Sutton says about Ronaldo.

Sofascore’s own clarification is that only players who had played 60 per cent of minutes across the group phase were eligible, though it remains an unwanted gong for a player whose chief confidant in the media, Piers Morgan, declared was playing to achieve a move to a ‘Champions League club’ in Qatar.

In quite a contrast, Ronaldo’s teammate, Bruno Fernandes was named the best performing player of the group stage.