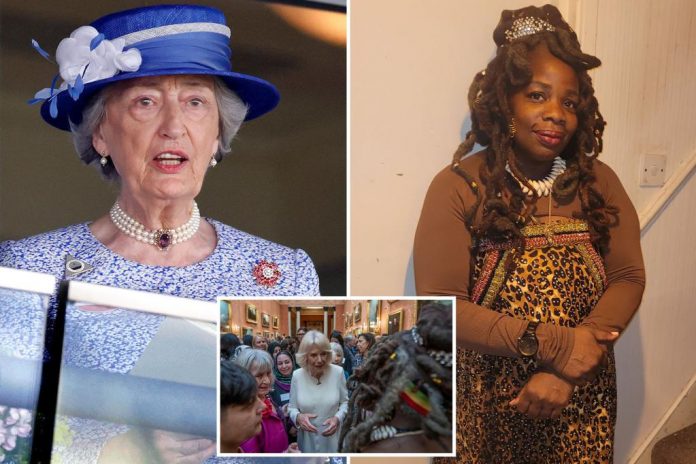 Friends of Lady Susan Hussey have blamed the recent Buckingham Palace race row on her “deafness”.

Speaking to the Daily Mail’s Richard Eden, they said the environment and “hard of hearing” Lady Susan had made the conversation more “stilted”.

They said: “Like many people of her age, Lady Susan is rather hard of hearing.

“It’s likely that her deafness contributed to the problems she had that day, and may perhaps help explain the stilted nature of the conversation.”

They said: “It was a very noisy room, with lots of people, so she may not have heard as much as she usually would.”

in other news, Princess Charlotte may be in line to receive her grandmother’s title when she comes of age.

The young royal, 7, could become the future Duchess of Edinburgh, according to a Royal commentator.

Christine Ross told Royally US the title would not depend on her future husband, making it hers “of her own right”.

She added that new rules also mean the Princess holds her place in the line of succession.

She said: “It would be great. It would be really historic as it would be the first time that this title, Charlotte would hold this Duchess of Edinburgh title, in her own right.

“So it’s not related to her husband, and it has a little bit to do with the new guidelines for primogeniture which mean Louis cannot unseat Charlotte’s place in the line to the throne.”