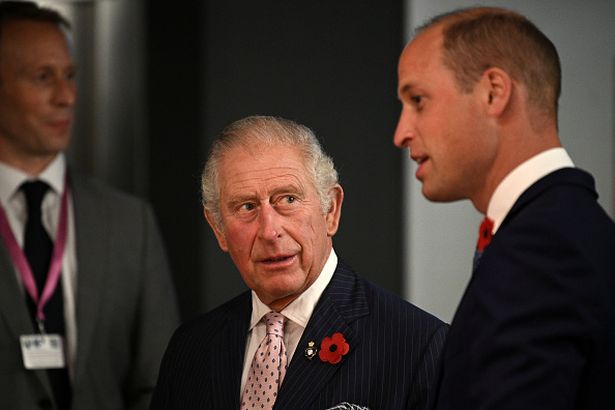 The King and Prince William will hold crisis talks to respond to any allegations of racism or ill-treatment of Harry and Meghan in their TV series, royal sources say.

Charles and William will put on a united front after bracing themselves for a series of bombshells by the Duke and Duchess of Sussex when the first half of their six-part documentary is broadcast on Netflix next Thursday.

Senior aides to the monarch and Prince and Princess of Wales plan to watch the three episodes in order to react swiftly to any further damaging accusations against the monarchy.

On Thursday, Harry and Meghan controversially released a dramatic one-minute trailer on social media, during the Prince and Princess of Wales’s three-day visit to Boston.

Royal sources said the “churlish” decision was done to deliberately torpedo William and Kate’s US trip, which concluded last night with them hosting the Prince’s Earthshot Prize environmental awards.

Set to dramatic mood music, Prince Harry appears in the teaser saying: “No one sees what’s happening behind closed doors.

In another clip, Meghan says: “When the stakes were this high, doesn’t it make more sense to hear our story from us?”

A senior royal source said: “There is a completely united front from the King and his family concerning the numerous attempts to privately make peace with the Duke and Duchess of Sussex, which sadly has once again resulted in the other side wishing to air their repeated grievances to the world.

“If there is a need to respond to anything in the upcoming series then you can be assured that response will be swift and robust.”

Palace insiders have nicknamed Harry and Meghan “the Kardashians” because “they want all the attention they can possibly get”.