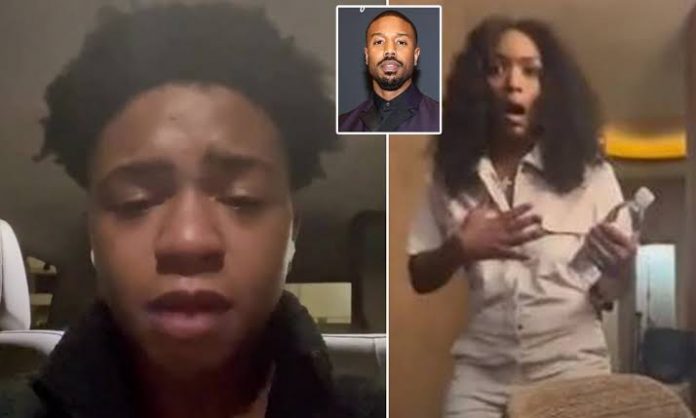 Angela Bassett’s 16-year-old son Slater Vance has apologized for falsely telling his mom that Michael B. Jordan had died, and then posting the footage on TikTok.

‘I apologize to Michael B. Jordan’s entire family, his extended family, and him directly as he is an idol of mine,’ Vance said in a 53-second video posted on New Year’s Eve, the same day that he uploaded his since-deleted prank.

‘Taking part in a trend like this is completely disrespectful. I don’t wish any bad ramifications upon his family nor my parents as they deserve none of the backlash.’

On TikTok, multiple videos have gone viral of children filming their parents’ reactions to being told that their favorite celebrity has died.

But Vance, a self-described pop and indie artist, may have been the first one to break fake news about someone his parents actually know personally.

Bassett and Jordan are both members of the Black Panther 2 cast, which has already had to mourn the unexpected death of co-star Chadwick Boseman.

In Vance’s since-deleted video, he pretended to announce Jordan’s death at age 35.

Bassett was seen placing her hand over her heart and rushing towards the camera in disbelief, repeating, ‘Uh-huh, uh-huh.’

‘I own this was a mistake,’ he said in his apology, appearing to hold back tears.

‘I hope this can be a teaching lesson to anyone who uses social media as a tool and a source of entertainment to truly understand that your actions can have consequences that extend beyond you.’