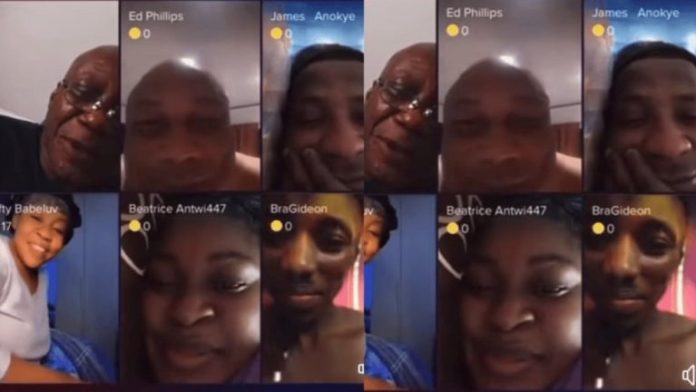 In the video shared on social media, about four men could be seen having an adult conversation with two women during a live session in their local language.

During their chat, the men kept talking about what they wanted to do with the women and also told one of the ladies on the live video to show off s*x positions.

It was also gathered that one of the old men seized the opportunity to bust a nut after discussing the size of his manhood with the woman.

Meanwhile, another video circulating on social media shows the moment a young man is being confronted for traveling miles to meet with a 13-year-old who he met on social media.

In the viral video, the man was accused of s*x-chatting the girl and traveling from Edinburgh to Leeds to visit the minor.

He, however, claimed that he traveled down the long distance to surprise the girl because she was about to turn 14.

But the man denied all the allegations, saying he can’t have s*x with the girl because she was still a minor below the age of 16.