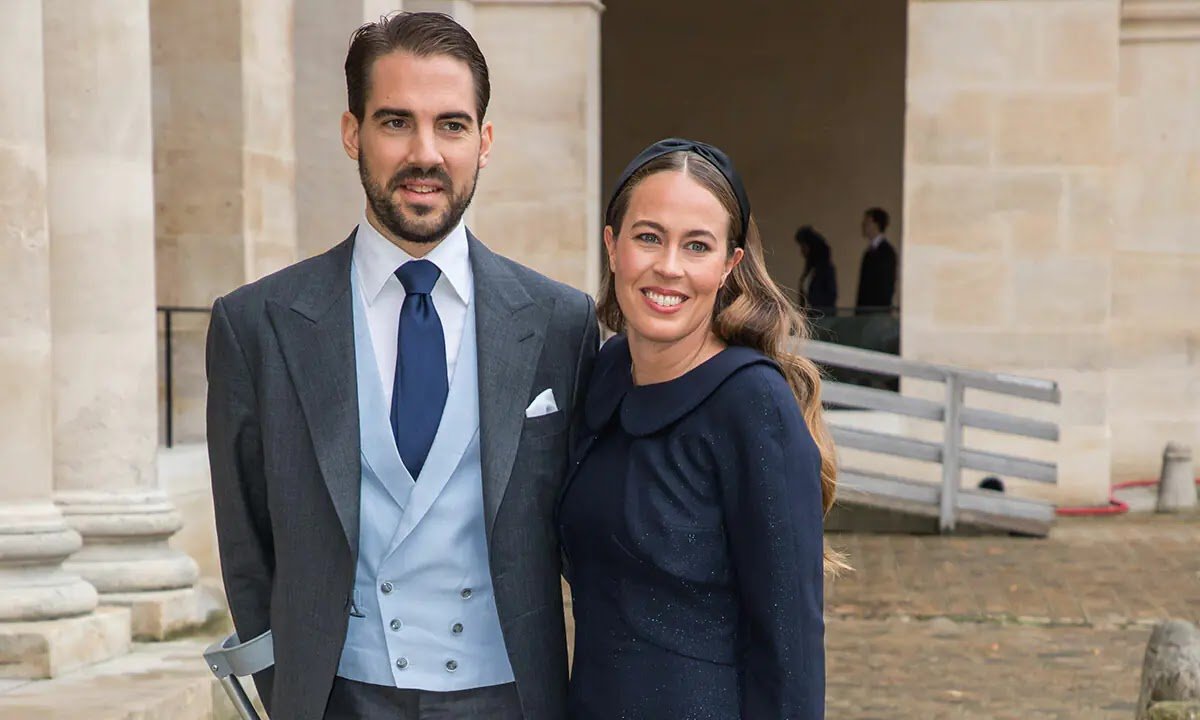 Prince Philippos of Greece and Denmark and Nina Flohr sparked excitement among royal fans that a second wedding had taken place over the weekend.

The couple were tagged on Instagram in a series of celebratory photos by Vogue writer Alice Naylor-Leyland and her husband, Tom, at their stunning Cambridge home.

It showed the prince, who is the son of King Constantine III and Queen Anne-Marie of Greece and a godson of the late Princess Diana, wearing a tux, while his wife Nina wore a champagne-hued dress, as they enjoyed a dinner party with their friends, complete with a blue and white tiered cake, balloons and huge vases of flowers. 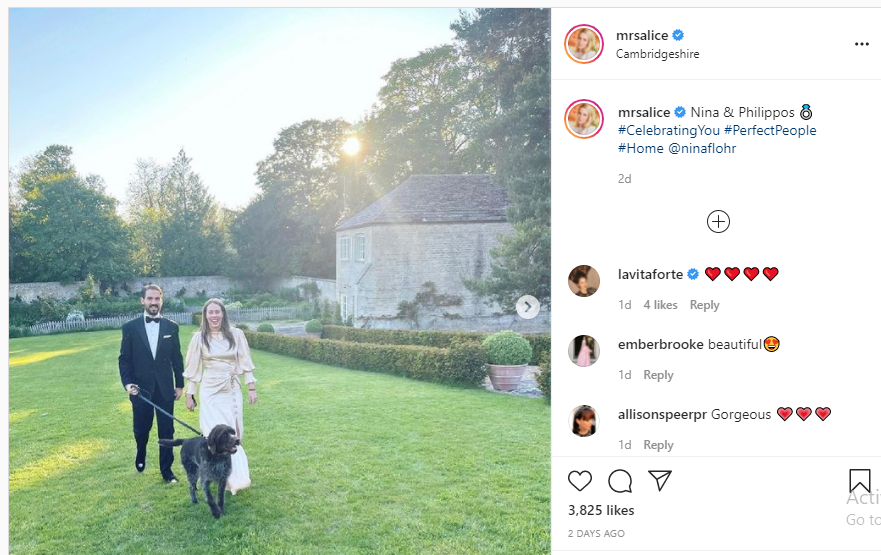 Nina later took to her Instagram Stories to clarify that it wasn’t a second wedding: “Thank you for all the kind wishes. For those asking, this weekend was not, in fact, our wedding, but a happy time spent with our dear friends @mrsalice and @tominmalton who could not be with us for our civil ceremony last December.”

The couple got engaged last September, but details were kept tightly under wraps as to when and where the nuptials would take place.

The bride shared a photo from their big day on Instagram in December 2020, which showed the newlyweds embracing after their civil ceremony at the luxury Swiss ski resort of St Moritz. She captioned it, “Just married (civilly).”

As opposed to a traditional gown, Nina wore a white two-piece tweed skirt suit with a matching white hair bow and satin Valentino slingback heels with the label’s iconic studs. The prince, meanwhile, opted for a black suit with a white shirt and a light blue satin tie.