Home Blog Which Actress Turned into Someone Else? 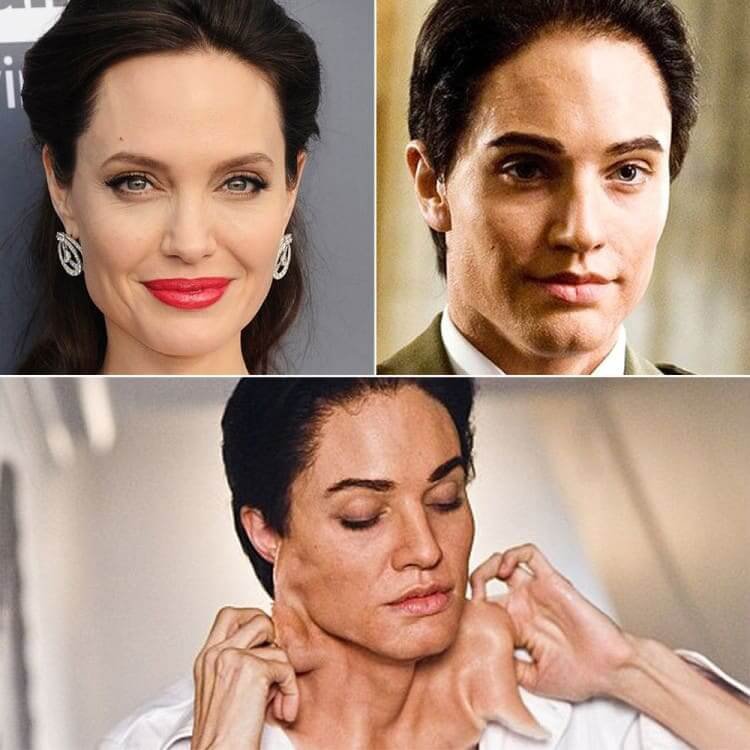 The answer is not farfetched. It is Angelina Jolie. In the 2010 movie SALT, Angelina Jolie hides her character’s identity by transforming into a man. She has many disguises in the movie, but this was the most drastic.

She is one of the most gorgeous ladies in the world and the last person you’d envision as a male. But that’s exactly what she became in the 2010 movie Salt. To create the astonishing transition for the film, the Hollywood diva spent hours in make-up, donning artificial ears, a fake nose, and a rubber neck covering.

When her family came to see her on set in New York, husband Brad Pitt refused to kiss her and their nine-year-old adopted son Maddox did not recognize her.

Angelina said: “I invited Maddox to come and say, ‘Hi’ and didn’t tell him who I was. He hung out with me for a while until I said ­‘Mad’, and he screamed ‘Mom’. He was freaked out. Brad wouldn’t kiss me, he wouldn’t go there, either.”

Salt was a platform for Jolie to showcase her action and acting skills, and while the picture itself had a somewhat conventional storyline, her performance and some solid setpieces made it worthwhile.  The movie made almost $300 million and was expected to launch a new franchise, but nearly a decade later, it’s evident that won’t happen.

Salt 2 was created in the years that followed, although it doesn’t appear to have gained any momentum. In 2012, Jolie turned down a draft for Salt 2, and while news of the sequel’s development continued, the actress’ involvement remained a mystery. While Salt was a blockbuster, it wasn’t a box-office hit, so Sony probably decided to let the project die quietly after years of unproductive development.