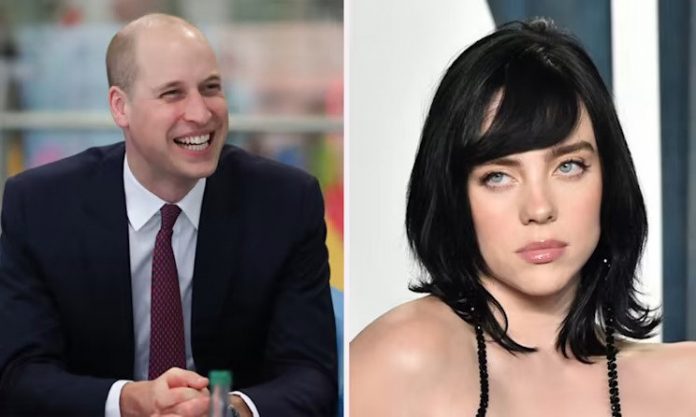 William and Kate will jet to the USA this week to attend the glittering event – described as his “Superbowl moment” – which is expected to draw an A-list crowd at the MGM Music Hall at Fenway in Boston, Massachusetts on December 2.

Earthshot Prize council members Sir David Attenborough and Cate Blanchett will both provide voiceovers during the ceremony, which will be presented by UK broadcaster Clara Amfo and US actor Daniel Dae Kim.

A royal source said: “The prize has become the prince’s Superbowl moment of the year, and he looks forward to continuing to use the platform each year to shine a light on some of the most impactful projects doing amazing things around the world to save our planet’s future.”

Bohemian Rhapsody star Rami said ahead of the ceremony: “The 15 finalists of this year’s Earthshot Prize are deeply inspiring. They are dedicating their lives to building solutions that will repair our planet, and I can’t wait to present an award to one of the incredible Winners for 2022.”

This is the second year the Earthshot Prize will award five prizes of £1million to winners in five different categories: Protect and Restore Nature; Clean Our Air; Revive Our Oceans; Build A Waste-Free World and Fix Our Climate.

The ambitious, decade-long, global Prize programme aims to discover and scale up solutions to the planet’s biggest environmental challenges.

Among the ideas competing this year are a cleaner-burning stove initiative in Kenya and a bubble barrier made in the Netherlands to prevent plastics from entering oceans.

There are also two finalists from the UK this year. Notpla Hard Material – a start-up run by Pierre Paslier and Rodrigo Garcia Gonzalez in London – makes packaging from seaweed and plants as an alternative to single-use plastic and has already produced more than one million biodegradable takeaway food boxes for the firm Just Eat.

The royal source added: “Inclusivity is a key part of Earthshot’s mission. This year’s nominees are drawn from all corners of the planet, truly showcasing the best of human ingenuity. From indigenous leadership in Australia to female-led solutions in Kenya, diverse stories and solutions are at the heart of the prize.

“Inclusivity will be a key part of the wider trip too – during our time in Boston, the prince and princess will meet Boston-based indigenous leaders.”

The Earthshot Prize ceremony will be the highlight of the royal couple’s three-day trip to Boston, Massachusetts, where they will also carry out a series of engagements to highlight some of the causes they are passionate about.

Hello! understands that they are excited about their overseas trip as Prince and Princess of Wales, but are keen to forge their own paths as they take on their new roles.

Sir David Attenborough will provide a voiceover during the ceremony

The visit will begin on Wednesday 30 November with a special event with the Mayor of Boston Michelle Wu and Ambassador Caroline Kennedy.

On Thursday 1 December they will hear how local organizations are combating the risk of rising sea levels in Boston and will tour Greentown Labs to learn about green technologies in development.

Ahead of the Earthshot Prize ceremony on Friday 2 December the Prince will visit the John F Kennedy Presidential Library and Museum and the Princess will visit the Centre on the Developing Child at Harvard University. They will also carry out another two as yet unannounced engagements during their three-day stay.