Emmanuel's Blog
Home Politics For the second time, White House leaves out Hunter’s daughter he had... 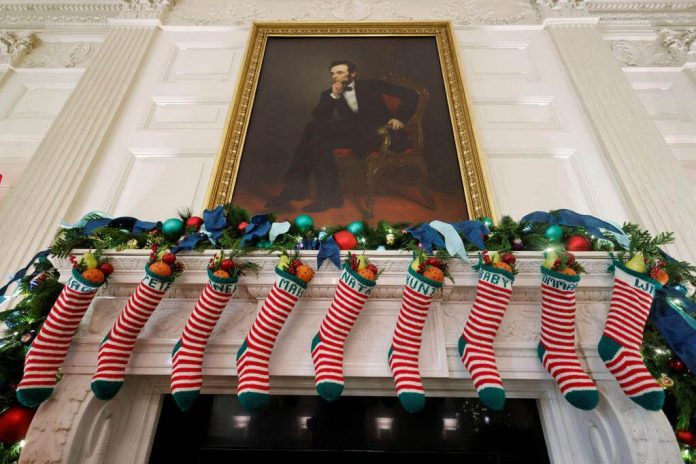 The Biden family put out the Christmas stockings for nine of the president’s grandchildren, leaving out the tenth.

First lady Jill Biden unveiled photos of the first family’s Christmas decorations on Monday, complete with 77 Christmas trees bearing more than 83,000 lights and stockings hanging over the mantle in the State Dining Room for the Biden grandchildren — with one notable exception.

A stocking for Navy Joan Roberts, whom Hunter Biden fathered with Lunden Roberts, was not around, for the second straight year.

Hunter’s 4-year-old daughter, Navy Jones Roberts — who was born out of wedlock to former stripper Lunden Roberts in 2018 — was not included in the festive display. The first family reportedly has not met the child.

Hunter initially denied that he was Navy’s dad, saying he had “no recollection” of meeting her mother despite the fact that she danced at a DC strip club he frequented while dating his widowed sister-in-law Hallie.

After a DNA test showed he was the father, Hunter settled with Roberts for an undisclosed sum in 2020.

Under the agreement, Hunter would provide Roberts with an undisclosed amount of monthly child support and provide healthcare coverage for the child.