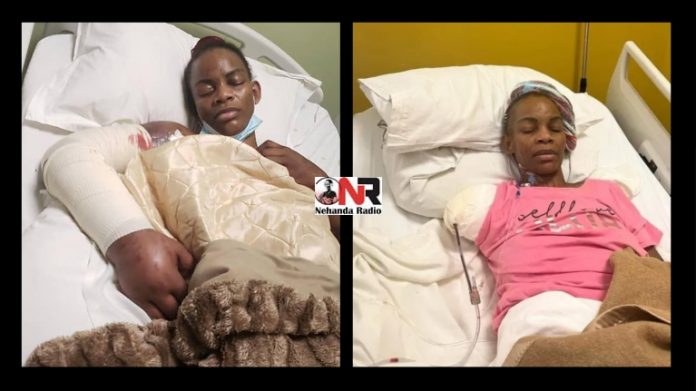 Marry Mubaiwa, the ex wife of Zimbabwe Vice President Constantino Chiwenga, has warned that she might commit suicide. She made this statement by saying no one should be surprised if she ends up taking her own life.

Marry Mubaiwa made this statement after her right arm was amputated some weeks back. She had been diagnosed with acute lymphoedema, and had been severely ill for several months.

While she was sick, applications to seek further treatment outside of Zimbabwean borders proved futile as they were all rejected by the courts. Her passport was also reportedly seized by the court as part of the bail conditions.

Sadly, it appears that Marry’s physical health is not the only thing failing as she is also said to be suffering from mental illness and deterioration in form of depression.

The former wife of Zimbabwe VP, also a former model and video vixen has said she is contemplating suicide as a way of dealing with the immense pain she is going through after the amputation.

When interviewed by the South African publication, she stated that she does not feel well at all and has been entertaining thoughts of suicide. She also stated that she has not been able to see her kids since 2019.

The former second lady of Zimbabwe claims she is innocent of all charges laid against her, and has spent days and night crying. She wishes her ex husband the best with his new marriage to Colonel Miniyothabo Baloyi.