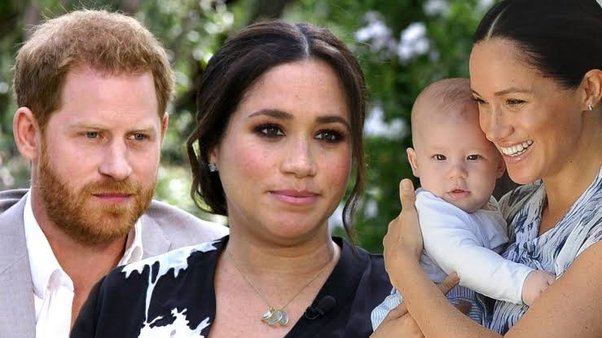 Prince Harry has long had an emotional connection to the continent of Africa, and, according to renowned primatologist and anthropologist (and Harry’s friend) Dame Jane Goodall, if the prince had it his way, he would have raised son Archie in Africa.

Before moving to Montecito, California from the U.K.—where Harry currently resides with his wife Meghan Markle and their two children, Archie and Lilibet—the Duke of Sussex had dreams of moving to Africa, The Daily Mail’s Richard Eden reports, per Tatler.

“He wanted to bring Archie up in Africa, running barefoot with African children,” Goodall reportedly said.

Tatler reports that Harry has visited Africa a number of times over the years, and, in the early days of the relationship between Harry and Meghan in 2016, the couple visited the continent together for the first time, just three weeks after their first date.

“I managed to persuade her to come and join me in Botswana, and we camped out with each other under the stars,” he later revealed, per the outlet.

He also spent time in Mozambique with his ex-girlfriend, Chelsy Davy, who is from Zimbabwe.

Harry and Meghan (with four-month-old Archie in tow) visited Africa in an official capacity in 2019, undertaking a royal tour that saw stops in South Africa, Malawi, Angola, and Botswana. Harry also co-founded the charity Sentebale with Prince Seeiso of Lesotho in 2006, established to help children in Africa affected by poverty, inequality, HIV/AIDS, and, more recently, COVID-19.

While fate ultimately took them to California, according to Tatler, “in 2019, reports suggested that Palace aides had drawn up plans to give the Duke and Duchess of Sussex a major international job that could have seen them moving abroad.” Africa was always rumored to be on the shortlist of places the couple wanted to go.