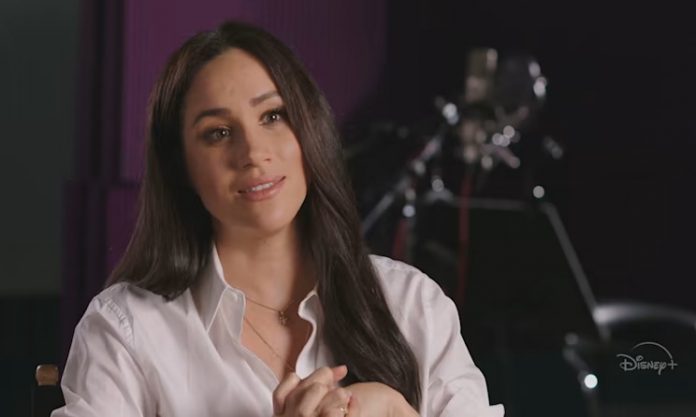 A message on NBC’s website stated that the mother-of-two would “appear on The Tonight Show Starring Jimmy Fallon on December 7, 2022,” before revealing “how to watch” the interview.

The joy didn’t last long as fans were quickly informed that the highly-anticipated US talk show appearance was not happening after all, with NBC deleting the announcement.

A representative from NBC later confirmed that they made a mistake: “Earlier today, it was inaccurately reported that Meghan, The Duchess of Sussex would be appearing on The Tonight Show Starring Jimmy Fallon on December 7.”

While the appearance may not be happening anytime soon, it could take place in the future, as Meghan was originally scheduled to appear on the show at the end of September to promote her podcast Archetypes.

The appearance, however, was canceled out of respect to the Queen, who had passed away earlier in the month, with the interview scheduled to air during the royal family’s mourning period.

Meghan and Prince Harry are likely scheduled to appear on several shows in the coming weeks, as their Netflix docuseries will finally launch in early December.

According to reports, the couple’s new project is expected to air on 8 December and will showcase the couple’s “love story”. It’s thought the initial title of their project was Chapters, however, the final title has yet to be revealed.

When asked about the docuseries in her Variety cover story, Meghan said last month: “It’s nice to be able to trust someone with our story—a seasoned director whose work I’ve long admired—even if it means it may not be the way we would have told it. But that’s not why we’re telling it. We’re trusting our story to someone else, and that means it will go through their lens.”