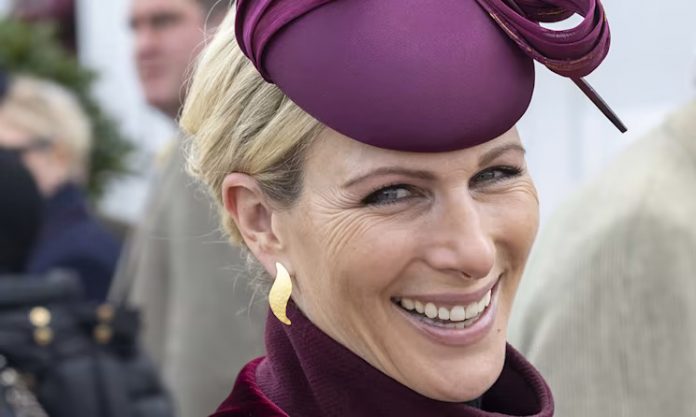 It appears that the daughter of Princess Anne loves a sportsman, with her ex-boyfriend had been a successful jockey, while she was also linked to a different rugby star ahead of her relationship with Mike. Find out all about Zara’s famous exes before she found happiness with Mike below.

Zara was previously linked with jockey Richard Johnson, and the pair dated from 1998 to 2003. They met at David Johnson’s stables, with them both working there for the National Hunt trainer.

The pair were both riders, with Zara also having the additional duties of grooming the horses. Speaking with Blond Illusion back in 2002, Richard explained: “Zara and I used to go out in the same crowd and gradually we became closer. It wasn’t a bolt from the blue, it was something that just grew.”

He added that after their first meeting it was clear they had a “great deal of common interests” and joked about a conversation they’d had at Cheltenham Festival, saying: “We had a discussion about a horse that had raced at the Festival meeting and for once I must have been more interesting than the horse!”

The couple became serious with one another and even moved into a swanky Cotswolds home together, but Richard would call time on their relationship in 2003.

The pair have still remained close, however, and were pictured chatting with one another back in 2016 when Zara was pregnant at the time.

Richard has since found love following his split from Zara, marrying Fiona Chance in 2007 and the couple share three children. Fiona is the daughter of a horse trainer, Noel Chance, who trained Richard’s Cheltenham Cup-winning horse, Looks Like Trouble. The racehorse now lives with the family as a “pet”.

Zara was linked with All Blacks player Caleb Ralph back in 2003 and 2004, with the rugby player reportedly spending Christmas and New Year’s with her, and even snubbed his sister-in-law’s wedding to spend time with the royal.

The pair kept their best to keep their fling out of the spotlight, and Caleb was reportedly uncomfortable with the press attention that came.

During a press conference held in 2004, the rugby star was asked about the relationship and he simply responded: “I have been in England and I did see her [Zara].”

45-year-old Caleb has since retired from rugby and it’s believed that the sports star is single.