Emmanuel's Blog
Home Entertainment Celebrity Why Has Selena Gomez Been In Her Words “Super Single For Two... 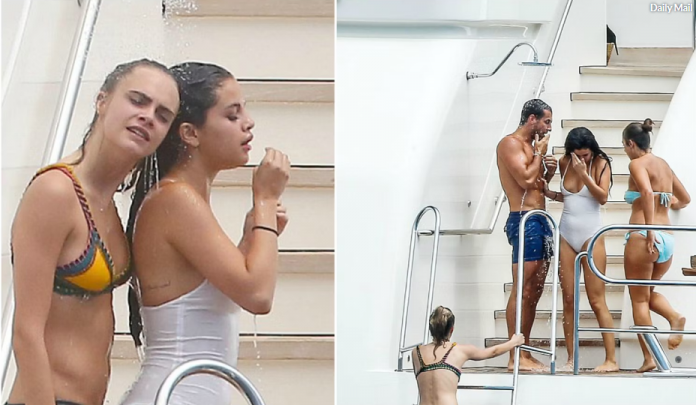 Selena Gomez may be at the top of her game right now, with fame and glory at her feet, but what goes on behind the scenes is a very different story.

According to Fox News, the 27-year-old said that there are moments when she doubts that she will ever be able to find a suitable spouse for herself while discussing the lyrics of her song “Rare” on the ‘Genius’ YouTube channel.

She said: “Some days when I wake up and I am annoyed and I am like, ‘I am going to be alone forever.’ But after that 15 minutes go away, I say to myself, ‘I know that there is someone for everybody.’”

Elaborating upon the chorus of her song, Gomez opened up and said: “self-esteem and confidence is a constant struggle. It’s getting better with time and age, but it will always be something that I’m working on. I think recently this is the most I’ve ever been vocal about, actually I deserve this, and I have a right to claim this and I have a right to put out things that I want to put out and talk about the things that I want to talk about.

“So this is the first time that I’ve actually said it and the reason why is because I didn’t want it to sound, I didn’t want to sound like a b—h. ‘I deserve everything and you can’t have me unless I have this, this, this.’”

She added: “That’s just where my mind goes to. So what I think is so important about this chorus is that it’s acknowledging, ‘Hey, I don’t have it all. I’m not saying I’m perfect, but I do know that I’m special,’ and I think that is a humble approach of saying, ‘Why don’t you see that I am different?’”

After her separation with Justin Bieber in 2018, Selena Gomez took a vacation from the spotlight to focus on her mental and physical wellness. Selena stated that she was subjected to psychological abuse while dating Justin in one of these interviews.

“In certain relationships, I’ve heard and I’ve experienced and whatnot, I think men and women do it — especially teenagers and young people in love — is there’s this satisfaction out of hurting someone because you know that they care. Purposefully putting someone down because they want to keep them at a level. I’ve had someone actually say that to me before.”

She added: “To keep that person down so they never realize, ‘Oh, I’m strong enough to actually get out of this situation.’”