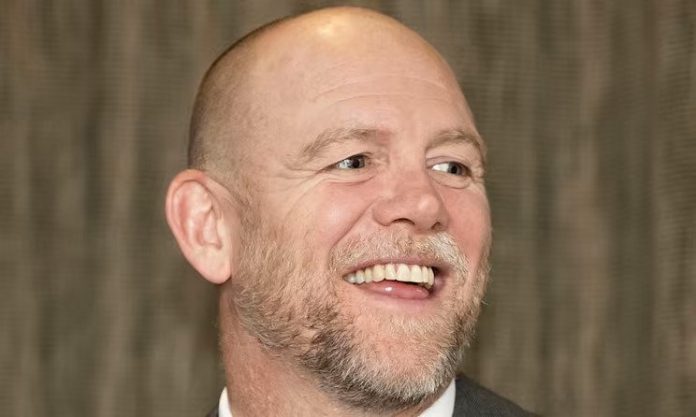 The 44-year-old’s latest update comes after the father-of-three caused a mini commotion down under when he dropped his towel to reveal a pair of tiny swimming trunks. Stunned by his appearance, TV hosts Ant and Dec told viewers he was wearing his wife Zara Tindall’s bikini bottoms.

His new limited edition run created in collaboration with his team from The Good, The Bad & The Rugby podcast, features two surprising designs bearing the phrases, “These are not my wife’s,” and “Nibble my nuts”.

Profits from each sale will go towards Cure Parkinson’s to help fund their research into the condition.

Over on Instagram, Mike shared an upbeat post to celebrate his new launch. Alongside a photo of the quirky designs, he penned: “The team has been busy while I have been away… you can now order a very limited edition run of GBR ‘Nibble my Nuts’ and ‘These are not my wife’s budgie’s @budgysmuggleruk. All profits will go to Cure Parkinson’s (@cureparkinsons).”

Mike’s legion of fans went berserk in the comment section, with one writing: “Amazing idea!!” whilst a second noted: “Just Brilliant Mike,” followed by a red heart emoji.

“Thank you @mike_tindall12 My dad has Parkinson’s and will be 86 next year. Thank you for helping to raise money to find a cure,” gushed a third, and a fourth added: “You were brilliant in the jungle! Really enjoyed watching!”

The former rugby player has previously discussed the devastating effect Parkinson’s disease has had on his father, who was diagnosed in 2003.

Speaking about his dad on GMB in 2019, Mike said: “It’s a nightmare disease because there are over 40 symptoms of what Parkinson’s can look like… people think they’re drunk or people can freeze in the middle of the street but that’s the difficult part of it.

“I was very blasé at the start; he was diagnosed in 2003. He had this tremor for a couple of years before that and being a typical bloke didn’t address the issue early enough… He was good for a long period of time and then sort of been in the last year – and the last five years – you’ve seen it catch up on him.”